The employees of the well-known fast food chain did not hesitate to reveal to the public the worst choices to be made on their menu. Sometimes the food is not fresh, sometimes it is too fatty or salty for your health. Everyone know that to eat at McDonald’s every day you need good health insurance, but that much? 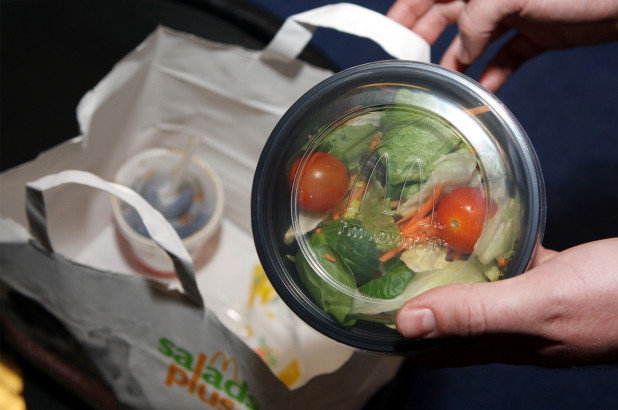 Salad is healthy, right? Not in McDonald’s it isn’t, and it’s not fresh either a lot of the time. If you add up all the calories and fat from the fried chicken and vinaigrette as frequently included with the salad, you might as well have a cheeseburger instead. Also, many McDonald’s outlets are “flexible” about expiry dates with salads; many employees on social media have stated that when a salad gets to its expiry date they simply add a new label.

The McFlurry is one of McDonald’s best-known products, but using a sweetened ice cream base and mixing in more sugar means that there are 86 g of sugar in each cup, equivalent to nearly seven of the company’s apple pies. As the FDA recommended daily limit is 50 g of added sugar, think twice before ordering.

Quarter-pounder with Bacon and Cheese 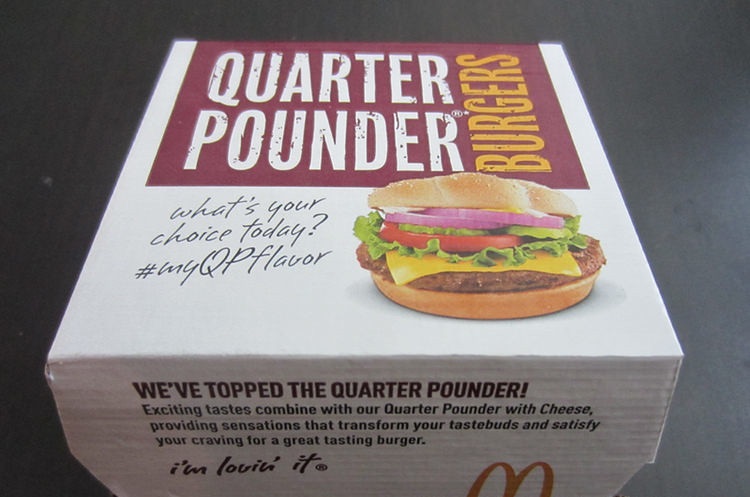 This is a heart attack waiting to happen, a shocking mixture of calories, carbohydrates, sodium, and fat. If you want a hamburger that is not going to do you so much damage, get a classic big Mac which has fewer calories and less sodium. 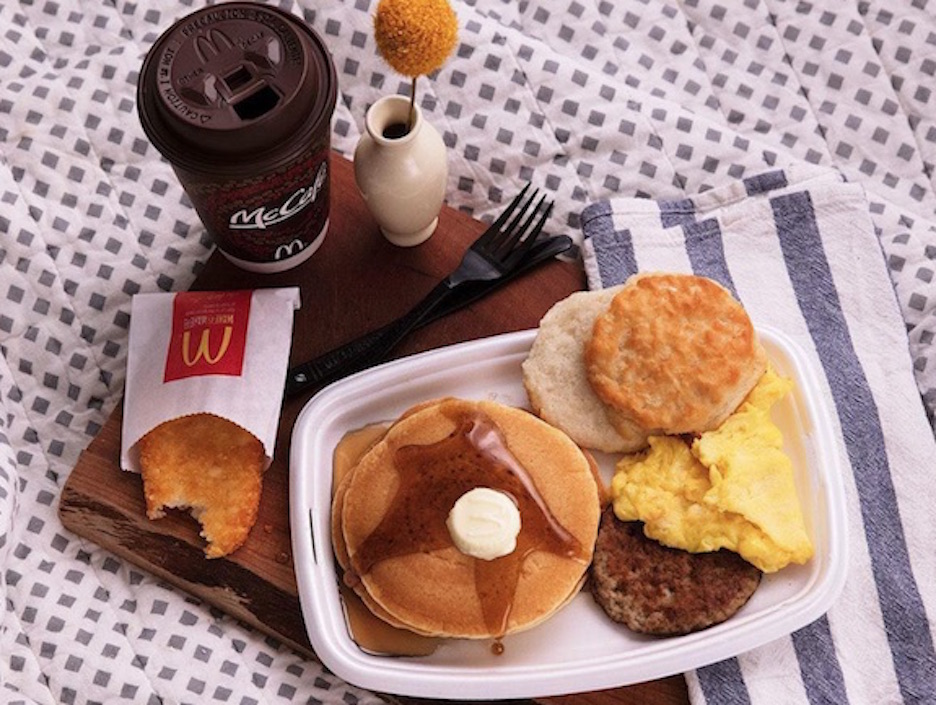 You might think a pancake is a simple and not too harmful treat, but a McDonald’s pancake has over 100 g of carbs in it and almost your whole recommended daily allowance of sugar. Even worse, if you have one for breakfast the simple carbohydrates will cause a huge blood sugar spike; when you come down off this, you’ll feel tired and you’ll want more unhealthy treats to get that feeling back.

In a fast-food establishment, “crispy” just means “coated in sugar and fried in fat”. This burger has that distinction, and in addition is made with buttermilk, which is full of fat, and then there’s a mayonnaise vinaigrette on top. It couldn’t really be worse for you if it tried. The crispy chicken burger has more fat than three slices of a domino’s cheese pizza and, incredibly, beats a glazed Krispy Kreme doughnut for sugar content.

Your bag of washed and peeled apple slices may look fresh, but looks can be deceiving. The fruit has high levels of calcium ascorbate (a mix of vitamin C and calcium) which slows down oxidization and browning. McDonald’s corporate dietitian Shaye Arluk has admitted that the sliced apples in Happy Meals can stay on the shelf for up to two weeks.

You might think a sausage McMuffin with egg represents healthy eating, but given that it has 30 g of carbs, 30 g of fat, and 480 calories, it’s quite a load to take on at breakfast. If you’re looking to count the calories, the Egg White Delight McMuffin, with 10 g of fat and 250 calories, might suit you better.

Vegetarians and vegans might think that least fries would be free of animal products, but they’re not, as they have natural beef flavoring. The company website also indicates, worryingly, that dextrose (sugar) is one of the major ingredients. This might help explain why a medium-sized portion of fries is 340 calories, with 16 g of fat and 44 g of carbs.

When the timer goes off on the chicken nugget batch, 90% of the time rather than make new ones employees just reset the timer. This could go through several rounds until the whole batch has been purchased. Some people say that nuggets taste just as good whether they’d been through one or five cycles, but others say that the reheated produce is well below standard. They recommend asking for a fresh batch, and if that’s a problem, have something else. 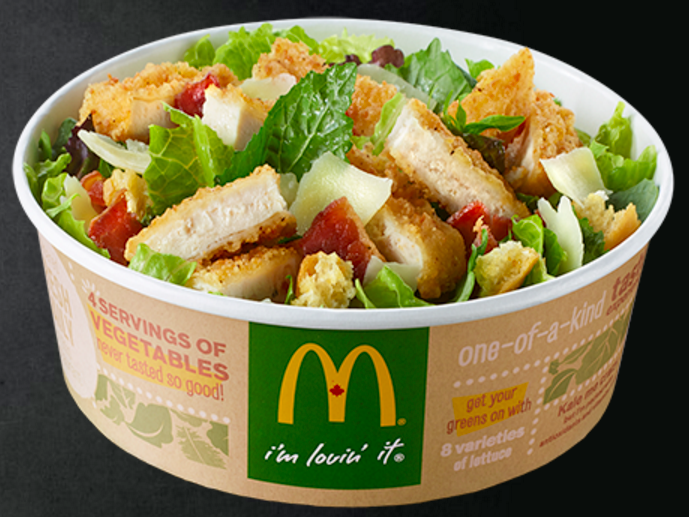 Healthy eaters might head straight for the salad, thinking that by not having bread they are missing out on carbs, but they’d be wrong – the salad and its dressing are packed with hidden carbs (a.k.a. sugar). In total the salad carries 520 calories, 25 g of fat, and 46 g of carbs. You can cut down on the fat by choosing grilled chicken instead of crispy; the Southwest grilled chicken salad is 350 calories, 11 g of fat, and just 27 g of carbs.

McDonald’s makes great play of the fact that it uses fresh beef for some of its hamburgers – but what does it use for the rest? For the time being, McDonald’s is using hamburgers delivered to the store frozen and that are cooked without being thawed out so that the beef is liquid, faded and under-seasoned; they can also be left in warming drawers for a considerable period before they reach your burger. 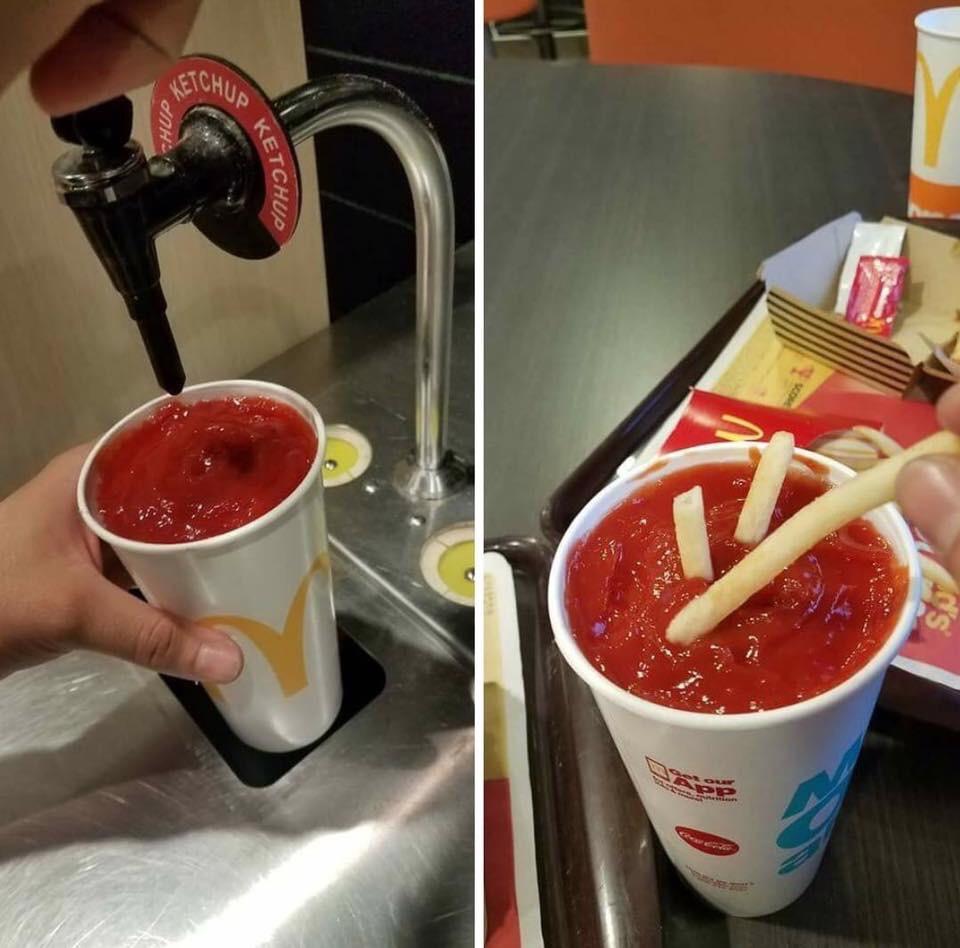 Look out for the ketchup dispensers; if you’re eating in the restaurant, you might still want to ask for ketchup sachets such as you would get with takeaways. Employees say that the dispenser isn’t often cleaned, and it’s empty they just refill it rather than give it a proper wash. You might be lucky and get a clean unit, but do you want to take the chance? 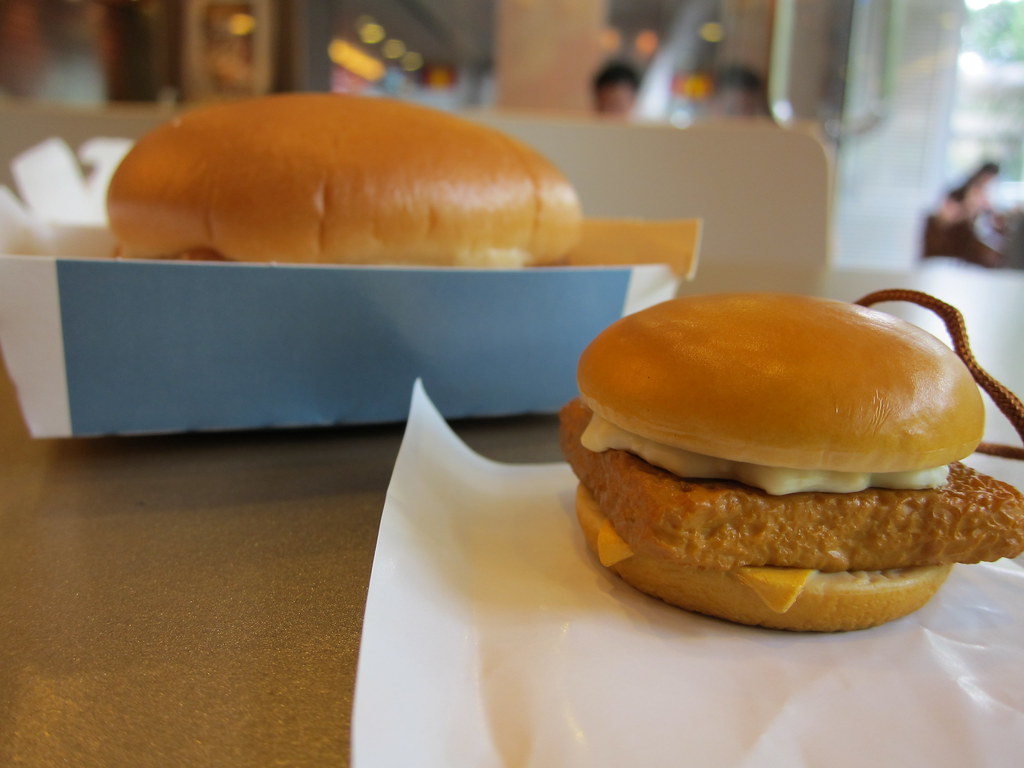 Filet-O-Fish is one of the least popular items on the menu McDonald’s, so unless you don’t mind waiting for a freshly prepared one, you’ll be getting one that might’ve been made some hours ago. McDonald’s employees have stated that fish sandwiches, being only ordered rarely, were kept in the heat cabinet for a considerable time after being prepared. If you really want one, asked for it to be “cooked to order.”

McDonald’s McCafe range was introduced to compete with coffee shops, selling flavors like caramel mocha and pumpkin spice latte. All these coffeehouse type drinks are packed with sugar and calories, but the frappes (frozen coffee drinks) are way out front in this: a medium caramel frappe contains 510 calories, 21 g of fat and 70 g of carbs. That’s about a quarter of your recommended daily calorie intake in one drink. 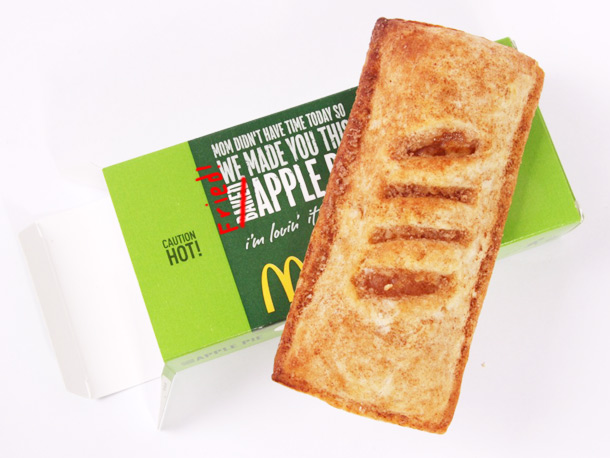 McDonald’s apple pies have declined in popularity over recent years and so, like the fish fillet above, they could’ve been sitting in the heated cabinet for many hours or even days before being served. If you want a dessert and want something fresh, steer clear of this old favorite. 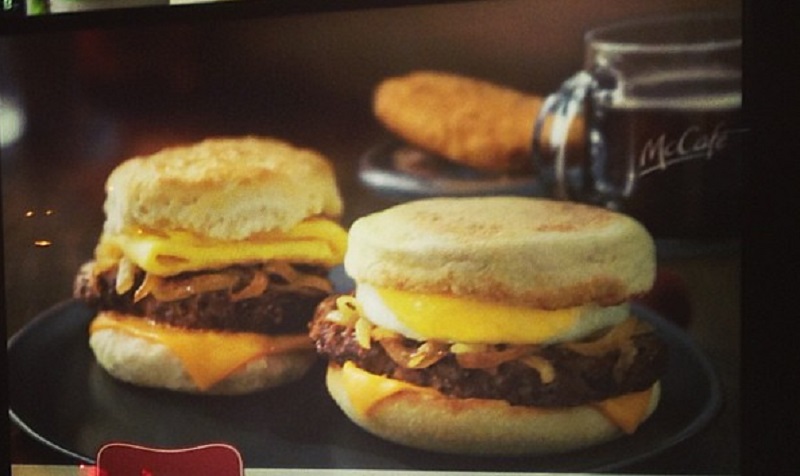 This sandwich holds 50% of the recommended daily fat allowance, and alongside that, it’s a sodium bomb. At a massive 1490 mg, it’s got more sodium than any other item on the menu apart from the Bacon Ranch Salad with Buttermilk Crispy Chicken.

Everybody loves a McRib, right? Everyone except the employees it seems, who say that the sandwich looks revolting before the sauce is added. One employee said, “The way it looks before we put the sauce on it is absolutely revolting. It doesn’t look like meat at all, it looks like a scab.” 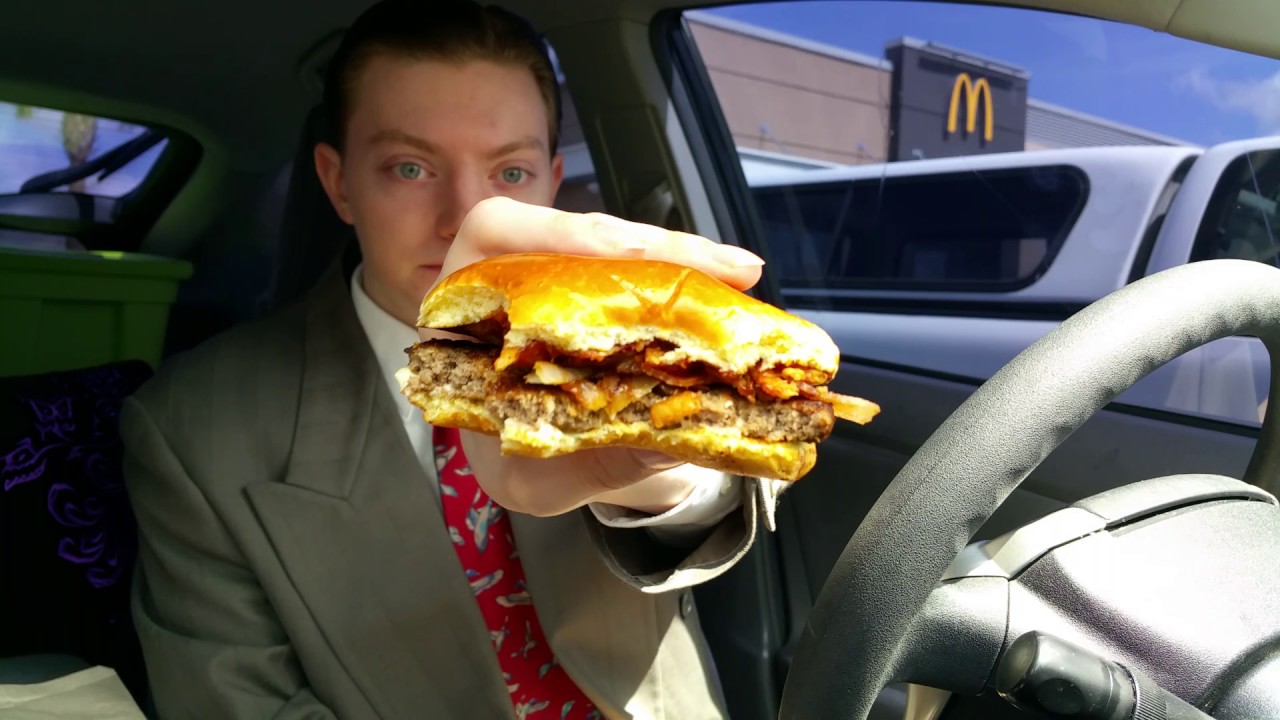 A Quora thread on which McDonald’s employees let slip some of the company’s dirty little secrets revealed that diced onions aren’t the fresh product they might appear when you’re served them; in fact, they are delivered to the store dehydrated and revitalized by being soaked in water until they look like onions once more. 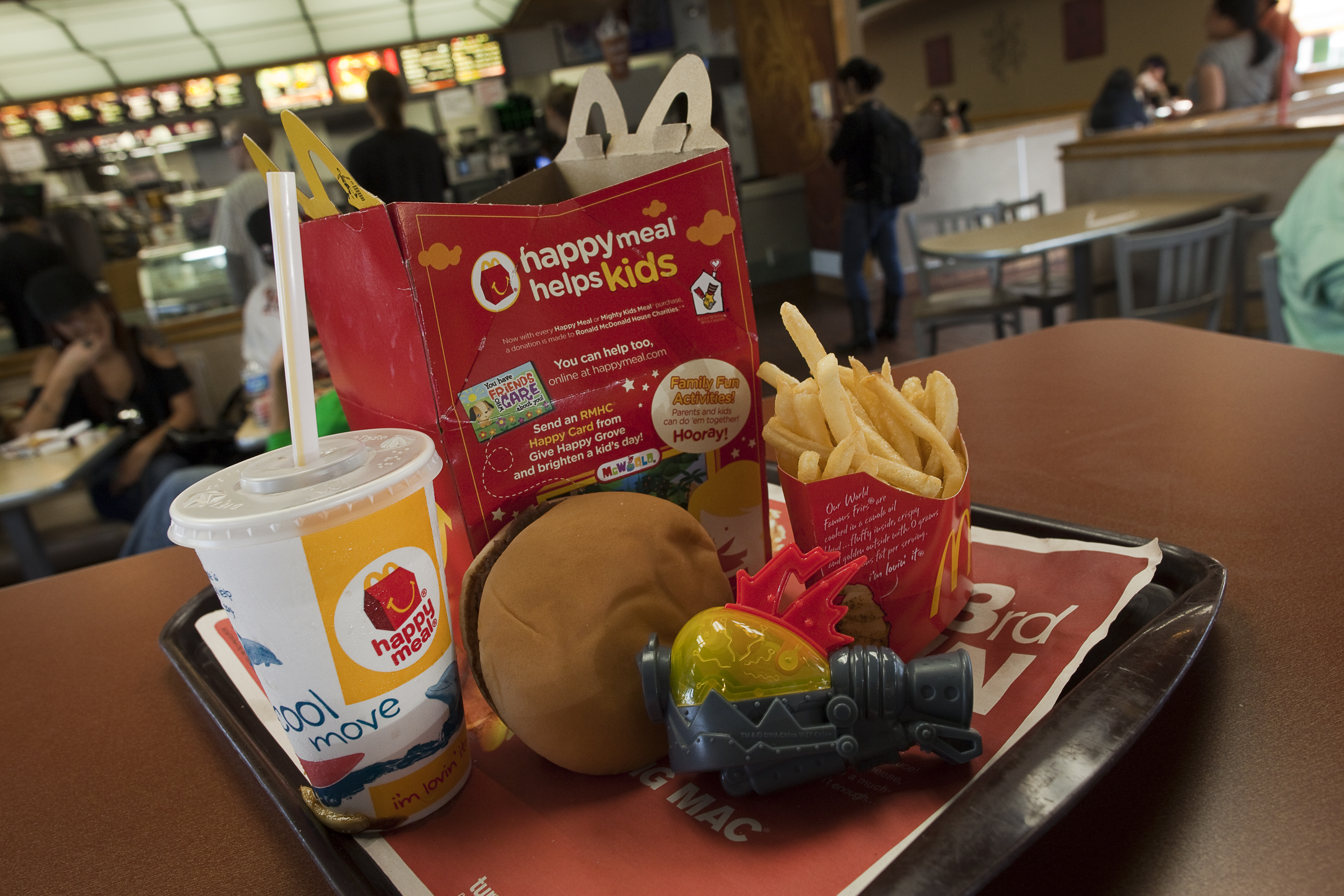 Children love Happy Meals, and many an overworked parent has gratefully given into requests that mean they won’t have to cook when they get home. However, healthy children shouldn’t have more than 1200 mg of salt each day, and a Happy Meal delivers a whopping 880 mg of the stuff in one shot. 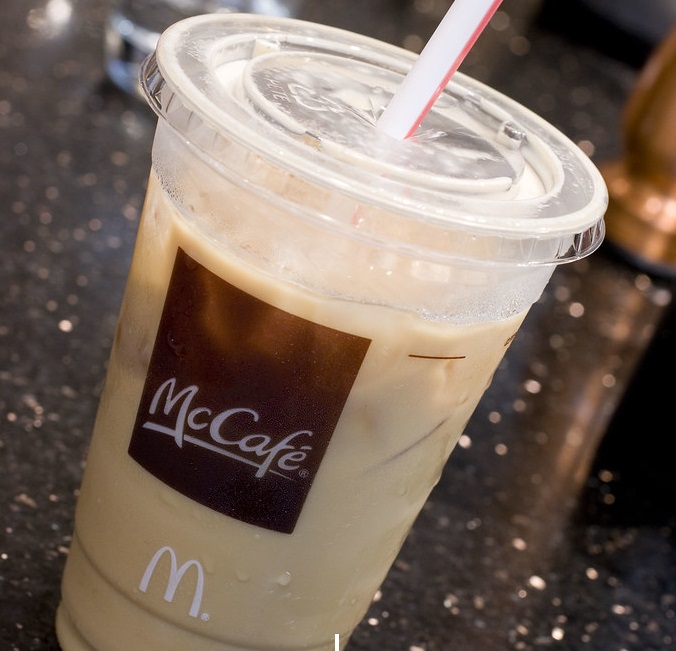 If you want to have a healthy drink at McDonald’s, also water. However, we all like something a bit tasty to drink with our meals, don’t we? If you want to stay healthy the unsweetened iced latte, which is sweet, creamy, and contains caffeine is probably your best option with less than 30 g of sugar per serving.